Ayushmann Khurrana happened to be in Bandra on Sunday and has shared a picture of him in front of the place's most popular spot, Shah Rukh Khan's house Mannat. The actor calls himself a fan of the star and said that he too made a wish while passing through the spot. In the picture, Ayushmann can be seen looking at Mannat from the sunroof of his car while several onlookers capture the moment on their cellphones.

Sharing his picture on Instagram, Ayushmann wrote, “Mannat se guzar raha tha. Toh ek mannat maang li (was passing by Mannat so I made a wish). #AnActionHero #2ndDecember #SRKian.” He added the song Baazigar O Baazigar from Shah Rukh's film Baazigar along with the picture. 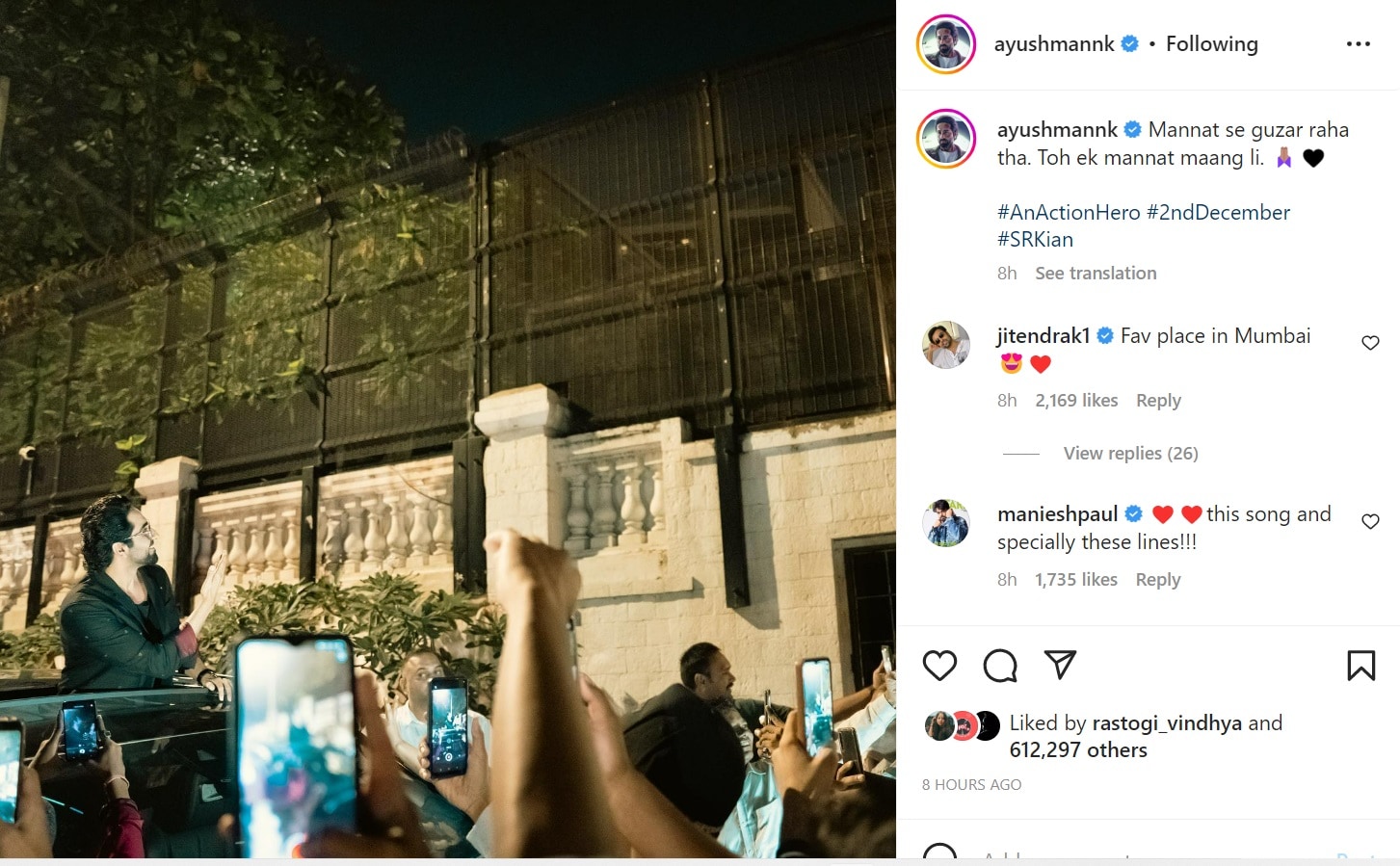 Fans of Ayushmann as well as Shah Rukh Khan showered the post with love. It got more than 6 lakh likes within a few hours. A fan called Mannat “Fav place in Mumbai”. Maniesh Paul wrote, “this song and specially these lines!!!” Singer Zahrah S Khan wrote, “May god make all your mannats come true Ameen.”

A fan commented on the post, “Mannat Sirf Ek Ghar Nhi Hai Logo Ke Liye Mandir Hai #king (Mannat is not just a house, its a temple for people).” Some also wrote, “Once a SRKian Always a SRKian.” A person also wrote, “I'm moving to Mumbai next year to start my lyrics writing career, Mannat will be the first place I'll visit.”

“Ayushman , hats off for this gesture,” read yet another comment. Wishing to see the two actors in a film, a fan also wrote, “Manifesting SRK and AK together on-screen.”

Ayushmann is currently busy with the promotions of his first action film, An Action Hero. Directed by Anirudh Iyer, the film also stars Jaideep Ahlawat as a parallel lead. It will release in theatres on December 2.