A few Bollywood divas have dominated the fashion scene with their impeccable sartorial sense like no one else, and Priyanka Chopra is one of them. The Desi Girl has served her fans over the years with some incredibly voguish style choices, whether on the red carpet, attending star-studded events or on a day outing with her husband Nick Jonas and daughter Malti Marie Chopra Jonas. Even her latest outing with her daughter is proof of the same. The star slipped into a stylish white knit mini dress to take her daughter out on a stroll, and with her chic look, she proved why she is one of our favourite style icons. Keep scrolling to see Priyanka's ensemble.

On Wednesday, Priyanka Chopra took to Instagram to drop a picture from her outing with her and Nick Jonas' daughter, Malti Marie Chopra Jonas. The 40-year-old actor posted the photo on her Instagram story with the caption, "Just two girl walkin' 5th av." It shows Priyanka pushing Malti Marie's pram stroller covered with a see-through net as she sits inside dressed in an adorable pink and white floral dress. The new mom chose a stylish knit ensemble for the occasion. Check out Priyanka's post below. 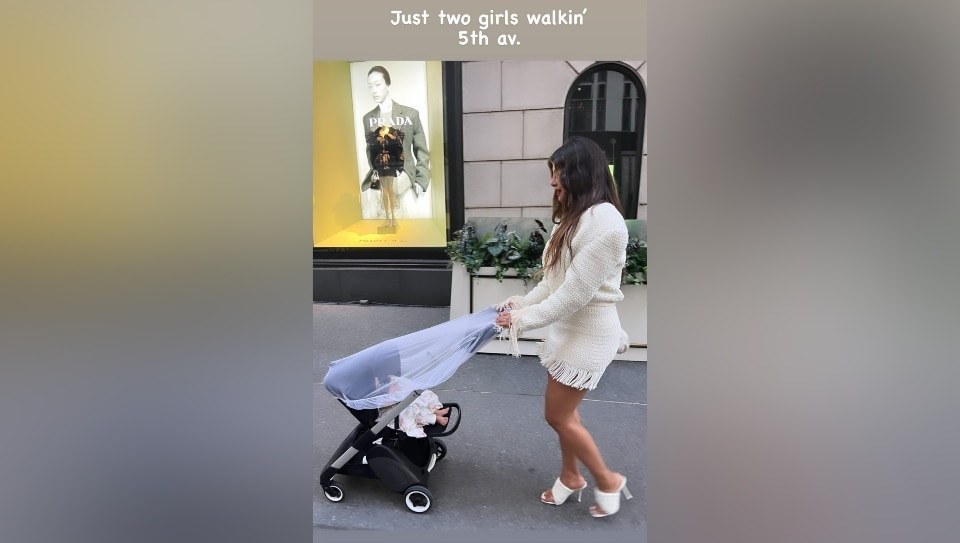 Priyanka's white dress comes in a knit work pattern making it an ideal choice for the fall season. It also features tassel detail on the cuffs and hem of the ensemble, padded shoulders, full-length sleeves, a mini length, and a figure-skimming silhouette. The star teamed her outfit with matching white high heels, open tresses, bold red lip shade, and minimal makeup.

Meanwhile, Priyanka has had a busy month as she recently attended the United Nations General Assembly, hosted the Global Citizen Festival, hosted a lavish party for her close friends at her restaurant Sona New York, and more. Big names like Prabal Gurung, Malala Yousafzai, Sarita Choudhary, and Huma Abedin attended the party.

Meanwhile, Priyanka Chopra got married to Nick Jonas in December 2018. The couple welcomed their daughter Malti Marie earlier this year via surrogacy.