When Mahesh Bhatt compared Alia Bhatt to Smita Patil: ‘Why shouldn’t I mention my daughter?’

When Mahesh Bhatt compared Alia Bhatt to Smita Patil: ‘Why shouldn’t I mention my daughter?’

Actor Alia Bhatt recently received the Smita Patil Memorial Award for best actor. While she celebrated the milestone with an announcement on Instagram, let’s rewind to the time when filmmaker Mahesh Bhatt reasoned why his daughter Alia is similar to the iconic Smita Patil.

Mahesh Bhatt attended the Smita Patil festival in 2016. During an interview, he cited the example of Alia who had been working for only four years back then. The filmmaker said that Alia, like many other actors, has the potential to follow the path of Smita Patil who excelled in both commercial and experimental movies from a young age.

Mahesh told PTI during the conversation, “There is a new dawn and new energy. There is a new beginning, I must say. I see a lot more actors, including a few regional and parallel cinema actresses and also my daughter Alia Bhatt walking the way this great actor Smita did way back in time. She could act both in commercial and parallel films and not become clichéd.”

“Why shouldn't I mention my daughter Alia? She has done Highway and also some lighter roles at a very young age. She can do both commercial and experimental films as she has grown up seeing Smita Patil and Shabana Azmi's movies by my production house," he added. Mahesh also said that while he doesn’t want his observation to be limited to Alia, he admitted about ‘other girls’ excelling in regional cinema as well.

According to the Sadak director, Smita Patil benefitted parallel filmmakers by bringing her value to the films while also saying yes to commercial hits like Namak Halal and Shakti. He also lauded nephew Emraan Hashmi for doing the same. 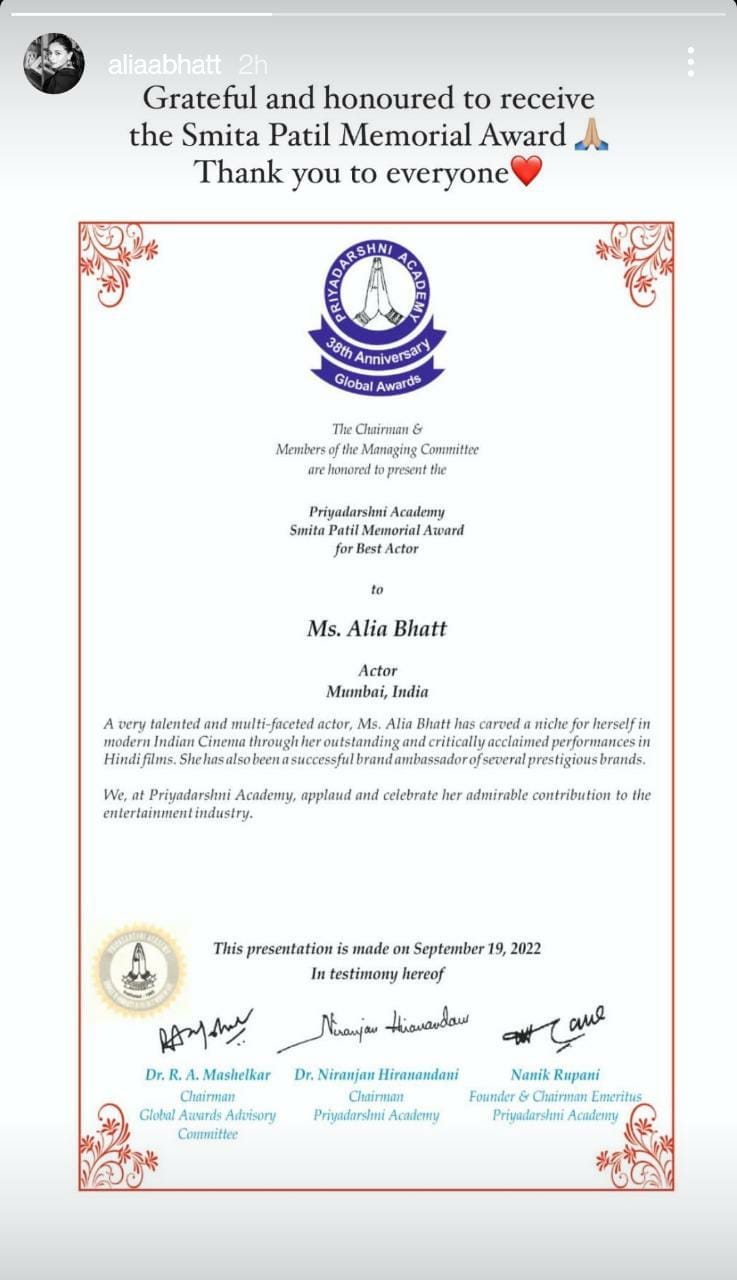 Meanwhile, Alia's mother Soni Razdan also congratulated her on Instagram. She reshared Alia’s Instagram Story and wrote, “How wonderful darling @aliaabhatt big congratulations.” Alia will be next making her Hollywood debut with Gal Gadot in Heart of Stone.

Read Also: Travel to experience the fervour of festive splendour