Less than a month out from the T20 World Cup in Australia, almost all teams have already have set their squads for the big ICC tournament next month. And ahead of the mega event, two teams in particular, that recently featured in the Asia Cup, are gearing up for their final preparation. On Tuesday, September 20, the No.1 ranked T20I team, India, will take on World Champions Australia while Pakistan will host England at home. The two series hold plenty of significance ahead of the T20 World Cup, and former Pakistan cricketer Bazid Khan, in an exclusive interview with Hindustan Times, set the tone for the two series. Bazid spoke about the Pakistan team's journey in Asia Cup, the problems they need to address in the series against England and how their recently-announced debatable squad is shaping up. The veteran batter also touched upon topics pertaining to India's new batting template in T20I cricket and the explained the reason behind their Asia Cup debacle.

Here are the excerpts:

Thoughts on Pakistan's performance in the Asia Cup?

It was a patchy Asia Cup for Pakistan. Look at the games that Pakistan played, that match against Afghanistan, it was improbable that they would have won in that fashion. Their only convincing performance was against Hong Kong. They had tough games against India. I felt Pakistan sort of rode their luck to the final but then Sri Lanka were just too good in those two games. Few questions still unanswered after that Asia Cup - the top three, who will bowl in the death overs. Haris Rauf has been identified as a death bowler but we don't know who will bowl with Shaheen Shah Afridi and Naseem Shah both loving the new ball. The positives were of course Shadab and Nawaz bowling very well. But overall, if you look at the Asia Cup, it was quite patchy, especially in batting and fielding.

Pakistan recovered from the loss to India in their opener to reach the final, where they were favourites against Sri Lanka. But they lost twice in a row against them in the Asia Cup. Where do you think Pakistan fell short?

If you look at all the games you will notice a pattern where Pakistan, in the first 10 overs, don't go as hard as the other teams so you get to stage where you are 65 or 68 or even 70 after the first 10 and then you leave a lot of run scoring at the back end. You leave almost a 100 runs... even when you are setting the target you are leaving all those runs to be scored in the final 10 overs. That means you are hoping everything will go your way in the final 10 overs which gives a high-risk pattern in terms of not taking the risk up front, meaning you are putting all your eggs in one basket. Hence you are expecting the last 10 overs will have to go exactly to plan in order to set a target or chase it down. This issue has to be addressed. The first 10 overs, in every game, has cost Pakistan in some way

Your take on the ongoing criticism surrounding the low strike rate of Babar Azam and Rizwan which many believe was the primary reason behind Pakistan's loss to SL. How do you think Pakistan can solve that issue?

The T20 World Cup team that has been announced shows that the selectors are sticking with Babar and Rizwan as the openers. So now you want them to show more intent and go hard in those first 6 overs. I'm thinking, in Australia, where you are probably going to get scores in excess of 200, you need to change the way you approach the first 6 overs and make sure you carry on like that. They have done it in the past, it's not something new to them. But the problem lies when they are setting a target. For me it was quite a surprise that Fakhar was named as a travelling reserve. I thought he was one of the more dynamic players in the top three. Yes, he hasn't been scoring a lot of runs but when he makes runs those are very impactful. There was in fact a thought that maybe you could break that partnership and get Babar and Fakhar to open and allow Rizwan to get in at No.3. But the think tank has mentioned that they are going to stick with Babar and Rizwan as openers because they have been doing it for well over a year now and their record is really good. But I feel there is a need for a bit of intent at the top of the order because in Australian conditions, or where it is conducive to strokeplay, you need to get to 200. 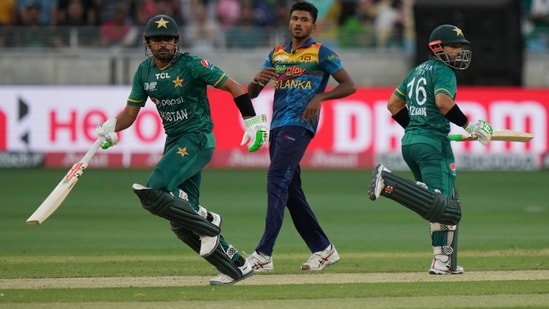 India have managed to bounce back from their conservative approach to play a more aggressive brand of cricket. What is your take on that? Something Pakistan would want to emulate too?

That's the way forward. I don't think there is merit in playing those 20 overs and being at 150 for 5. It's just that you have wasted your resources. India have done very well playing this brand of cricket and it has actually helped them become a more dangerous and evolved T20 side. Every team has attacking players in their line-up, look at Sri Lanka, in that final they had lost 5 wickets but they kept on attacking. Their thought process was if you bat out the overs, and get to 130, that is equivalent to getting bowled out for 110. So you might as well get to 170 or 180, rather than settle for 130. And things worked in their favour.

Having said that, India lost to Pakistan in a match which mattered the most and then failed to reach the final. What do you think went wrong?

UAE is a completely different venue to play T20 cricket. A lot actually depends on the toss, although Sri Lanka batted brilliantly in the final and won the game. Stats say that in Dubai, you win the toss and bowl first because it is easier to bat second and also in the UAE, the ball tends to get stuck in the pitch and doesn't come on well on the bat. In UAE you can almost afford to have an anchor, even have a couple of anchor batters, which we saw even in the World T20.

India, I thought. I mean Kohli got a hundred in the last game although he was looking good throughout. But India also had the problem that their top-three weren't in form at the start of the tournament, but found form as the tournament progressed. So those three didn't hit the ground running which meant that they lost those games, and all were close matches. And they would look at and think that now with players like Bumrah coming in and working towards that T20 World Cup they are in a better space but I reckon that because a few of their batters weren't in top gear, that was a huge issue.

Coming to the England series. What are some of the issues that Pakistan would want to iron out before the World Cup?

Pakistan have two issues. First, is the way they approach the first 10 overs and how you have to be more proactive and make sure that even if you lose wickets, at the 10-over stage, you are not going at 6.5 or 6.8 run rate, you have to go in excess of 7 or 8. That will only happen when you use the powerplay. The other thing is that you need to identify your other death bowler who will accompany Haris Rauf. The middle overs are almost sorted with Shadab back in form and Nawaz bowling well.

What is your overall take on Pakistan's T20 World Cup squad?

It's a decent squad. The bowling obviously jumps at you because you got pace and you got the spinners in form as well. The only issue you would have though is that if Fakhar would have been in the team or have someone who would have been dynamic at the top of the order, but they are sticking to what they know. They have got Shan Masood in. He is a good player but bats in the same rhythm as Babar and Rizwan. But Babar is such a high-class batter and because you think in some games that Rizwan and Babar had been able to up the ante and make sure they make it to 200 or get close to it, you think that is the goal. But the question still is whether they will be able to make use of that first 10 overs. With the ball, Shaheen will be coming back and he is very good with the new ball and so is Naseem Shah, but barring Haris Rauf, Pakistan don't have a bowler for the back end.

If Babar and Rizwan can address the batting issue and make sure that even if they lose wickets it doesn't matter because you have to trust your middle order as well. The middle-order isn't as bad as people make it out to seem because they do not get enough opportunities. But the few opportunities they do get they somehow manage to perform.

Shoaib Malik sparked a controversy with his 'friendship, liking & disliking culture' tweet after Pakistan's Asia Cup final loss. Your take on the tweet. Also, do you think Pakistan should have looked at Malik to solve their middle-order issues?

(Laughs) The timing was quite curious. He obviously knew that the World Cup is round the corner and I feel it is quite uncharacteristic. I can only remember once that he made a comment like this before. But I have never really associated a controversial statement with him. It came as a surprise. I actually didn't know and somebody told me. Well, a player who is in the borderline of team selection, once you put that tweet out, it becomes far more difficult to select him.

I also was not sure about Shoaib Malik. Him in Asia is still pretty good, we saw that he was very very good in the UAE. His strength is obviously playing against spin. But on bouncy pitches. I don't think, relatively now, Shoaib Malik demands a place in the side. If this World Cup was being played in India or in the UAE or in any Asian countries then he would have made a case. 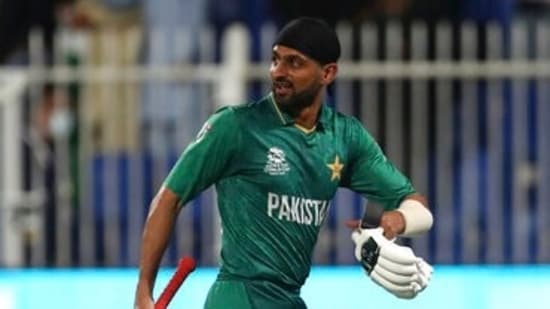 The WC offers less chances of a comeback, hence getting a perfect start is what every team wants. Pakistan have Bangladesh and SA in their group but start against India. They have had the edge over them in recent times. Do you think they can pull off the same in Australia?

Any India game is important. It doesn't matter if it has the World Cup riding on it or not. Especially when it is the first game, you want to hit the ground running. Whichever team wins will obviously have the edge. That is a huge game. And the winner will have the weight off their back and will give a lot of confidence in the way the tournament will be played. In Pakistan, everybody looks at that India game. It's sort of noted down in the calendar. In the 2019 World Cup, Pakistan had got off to a bad start and it had sort of haunted throughout their campaign. Pakistan needs to be firing on all cylinders and a lot of things have to favour them. They need Shaheen Afridi ready and fit and bring their A game in order to get ready for the campaign.